In this post I invite an inspirational guest reader to share a little about their life and a recent favourite book.

I first met Rachael Mead in 2011 during a writing residency at Varuna the Writers House, a sanctuary set on the edge of Australia’s Blue Mountains. I spent my time there with an inspiring group of women writers, sharing dinners, ideas, snatches of our own writing. During a casual conversation Rachael told me of her husband, a paramedic who, on Rachael’s birthdays, would paint her a replica of a favourite famous painting. The image of that gift as an expression of love grabbed me. Rachael gave me permission to explore the idea in short fiction which slowly, glacially, led to ‘The Forgeries’, most definitely NOT a story about Rachael or her husband, but about the fragile nature of creativity. 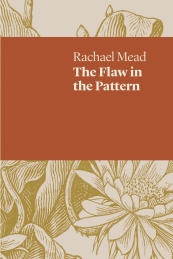 This small window into Rachael’s life introduces a talented poet and short story writer, arts reviewer and bookseller, who lives in the beautiful Adelaide Hills in South Australia. Rachael’s had an eclectic life, working as an archaeologist, environmental campaigner and seller of books both old and new. She has an Honours degree in Classical Archaeology, a Masters in Environmental Studies and a PhD in Creative Writing from the University of Adelaide. Rachael is the author of four collections of poetry, and I recommend all of them: The Flaw in the Pattern (UWA Publishing 2018), The Sixth Creek (Picaro Press 2013) and the chapbooks Sliding Down the Belly of the World (Wakefield Press 2012) and The Quiet Blue World (Garron Publishing 2015).

I invited Rachael to share something she treasures about her life.

Rachael: Being able to travel. My husband and I met on an archaeological excavation and since then we have leapt at every chance to experience the wild and lonely places of the world, whether it’s throwing the swags in the back of the car or heading off on overseas adventures. I’ve been extremely privileged to have visited Antarctica twice, camping on the Ross Ice shelf in East Antarctica and crossing the Drake Passage by ship to the western side of the Antarctic Peninsula. The only continent I’ve yet to visit is North America but, with an Iranian stamp in my passport and a history of environmental activism, ticking this continent off the list may prove a little challenging under the current administration. In the meantime I’d love to do a little more long distance hiking, so early in the New Year we hope to lug our backpacks around the western end of Kangaroo Island, which lies off the coast of South Australia. 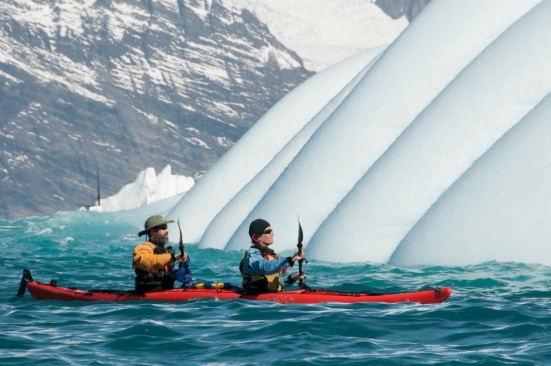 On Instagram I’ve been following Rachael’s recent wind-whipped adventures around Iceland and Scotland. Was there a favourite book along the way?

Rachael: I love researching the ecological and cultural histories of the places we visit, so while driving through the Scottish Highlands I read a title that had been on my ‘must read’ list for a while. The Living Mountain by Nan Shepherd is a gorgeous piece of nature writing and deservedly a classic. The book is a loving, lyrical and ecologically precise account of the Cairngorm Mountains by a woman who spent much of her life exploring this harsh and beautiful landscape by foot. Shepherd wrote this book in the mid-1940s but it remained in her desk drawer until 1977, finally finding a publisher at the same time that other classics of the genre by male writers such as Matthiessen, Chatwin and McPhee were being published to great acclaim. As a lover of nature writing, reading this book was an absolute delight, not only as a poetic and intimate account of a wild landscape but as a landmark piece of nature writing by an extraordinary woman. Every time I used a Scottish five-pound note (which bears her portrait) it felt like I was paying tribute to a newly discovered literary heroine.

Another ‘must read’ piece of nature writing is this poem by Rachael Mead from The Flaw in the Pattern, the first in a sequence of seven poems chronicling each day of a trek though the Tasmanian wilderness.

These clouds that cap the world

We set out, climbing towards the tight lid of clouds,

our whole week hanging from our collarbones.

This land casts timelessness at our feet,

We are superimposed here, stepping into an epic.

Trees glow in wet light, the sky flat as an ironed sheet.

Everything is so magnificent it feels ridiculous, like words

in the mouth of Dorothy Parker. This is beauty beyond

necessity, the way it usually is, but on its own terms,

the golden mean redundant and symmetry just a neat idea.

For seven days we will walk, each carrying our own burden

of what we think we need, our sweat and aching joints.

We tread the silvered vertebrae of the track

one foot after the other, learning the bleakness

of repetition. The sky drops on our heads,

fog enfolding us in silence and cold.  Ahead,

I watch my partner’s shape dissolve then reappear

fiercer than ever, like love over time. I draw endurance

from my aquifer and keep pushing through this weather

that has nowhere better to be, striding among

these clouds that cap the world, my hair netting sky.

Read more of Rachael’s poetry and see her photographic images at: http://rachaelmead.com/

4 thoughts on “Readers on Reading”