Thunderstorm approaches Maatsuyker Island, located ~12 kilometres off the Tasmania’s southern coast, and home to Australia’s southernmost lighthouse. Straight after snapping off a series of photos we raced down to the lighthouse. Within minutes Maatsuyker was hammered with rain and wind as the front crossed overhead. Camera: Canon EOS 5D, Mark II. ©Robyn Mundy

Taylor Rookery, 100 kms west of Mawson Station, Antarctica. Along with fellow winterers I visited this rookery—one of the few where emperor penguins breed on land rather than on sea ice—four days after midwinter to contribute to an annual photographic census. With only a single hour of twilight to get the job done, we positioned ourselves with our cameras on a headland above the rookery. Finally, in dimming light, the official photos recorded, I zoomed in on the centre of the all-male huddle to capture this close-up. Camera spec’s: Canon EOS 40D, handheld, auto exposure mode, 300mm focal length, f/5.7. ©Robyn Mundy 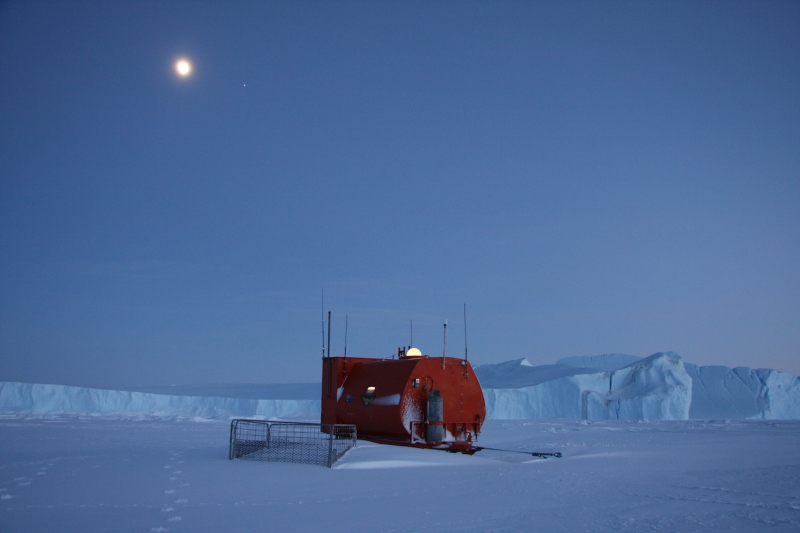 Iceberg, Bjorneøer (Bear Islands), East Greenland. Deep blue streaks in icebergs can be indicative of very old glacial ice or, in this instance, the result of meltwater that has drained into crevices within the glacier, or the iceberg, then later refrozen. ©Robyn Mundy 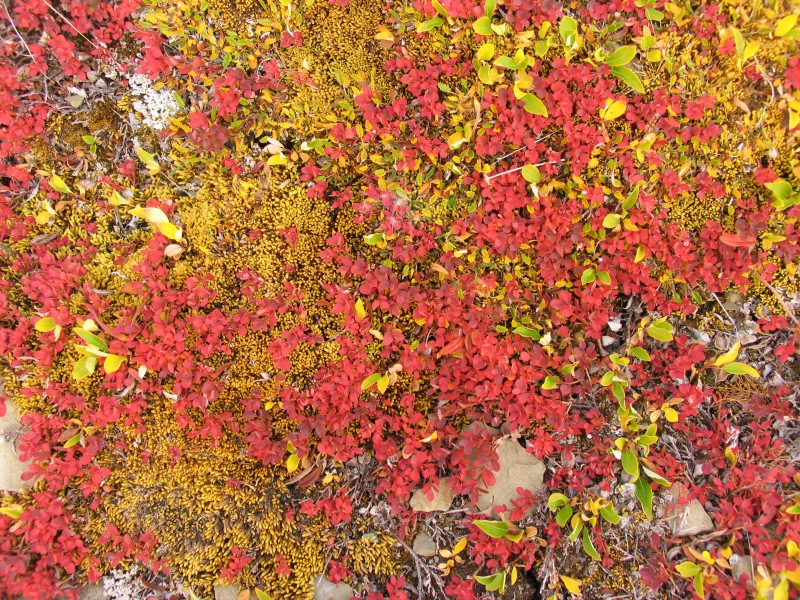 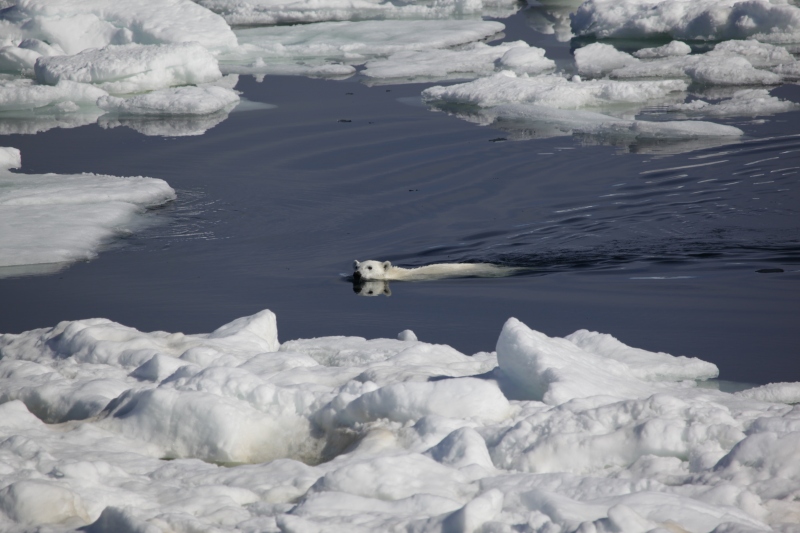 The polar bear, Ursus maritimus, north-east Spitsbergen. With the extent of Arctic pack ice rapidly diminishing, bears are compelled to swim vast distances to forage for the ringed and bearded seals that inhabit the sea ice. ©Robyn Mundy 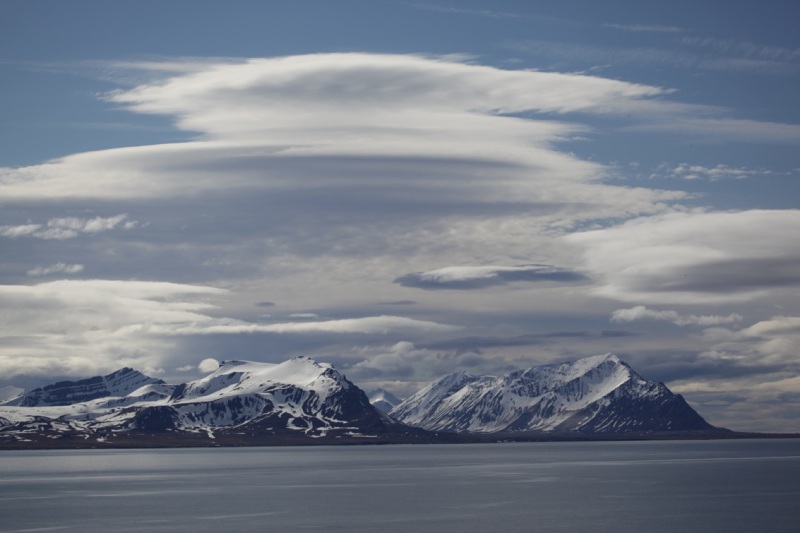 Black-browed albatross, South Georgia. These glorious seabirds, with a wingspan averaging 2.4 metres, spend most of their lives in flight, returning to remote oceanic islands only to breed. © Robyn Mundy 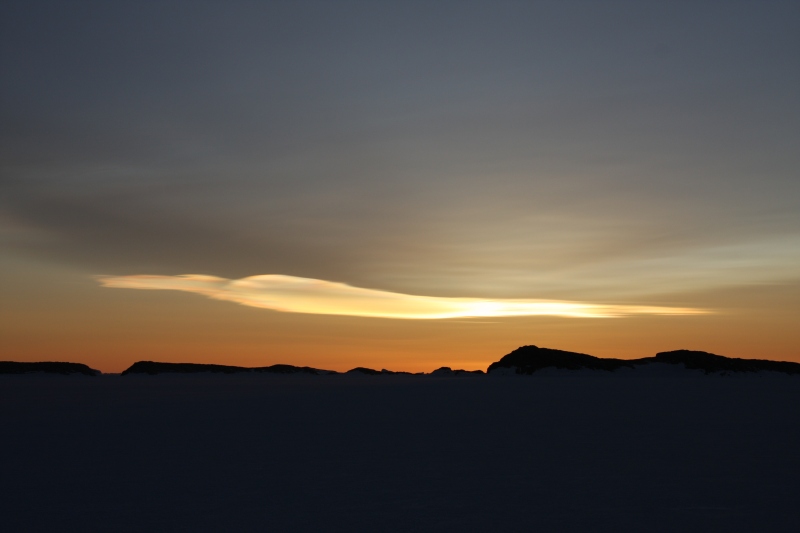 Nacreous cloud seen from the sea ice near Mawson Station, Antarctica. These rare clouds, formed from ice crystals, occur when temperatures in the upper atmosphere fall below –70° Celsius. ©Robyn Mundy

Arctic foxes wearing their summer coats, Spitsbergen. This family, with a host of small cubs, made their den beneath bird cliffs—a ready source of food—in the protection of an outcrop of rocks. ©Robyn Mundy 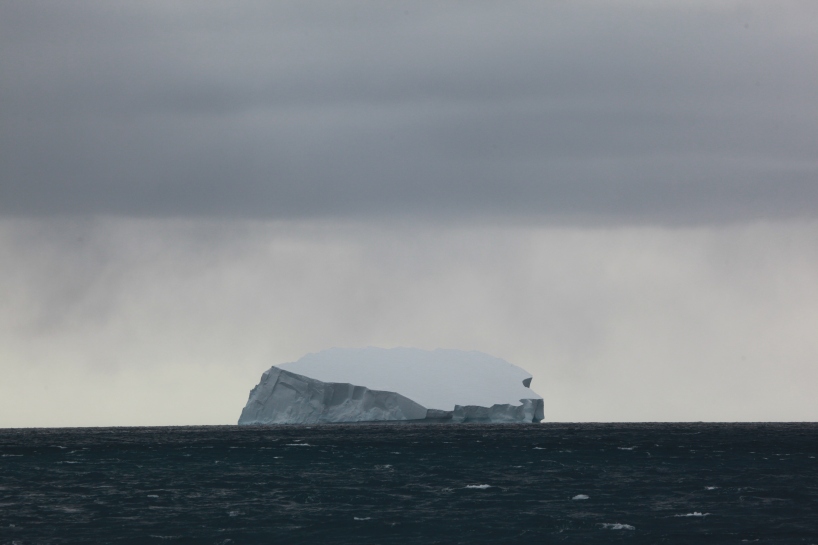 Tabular berg off Point Wild, Elephant Island, South Shetlands, Antarctica. These icy monoliths break from ice shelves far south in the Weddell Sea. Oceanic currents move in a clockwise rotation, drawing the bergs to the northern tip of the Antarctic Peninsula, and even as far north as the subAntarctic island of South Georgia. ©Robyn Mundy

Icebergs off Røde Ø (Red Island) in Røde Fjord, part of Scoresbysund in East Greenland. The narrow channel on the eastern side of Røde Ø is home to icebergs that have calved from glaciers and drifted in to the shallows. ©Robyn Mundy 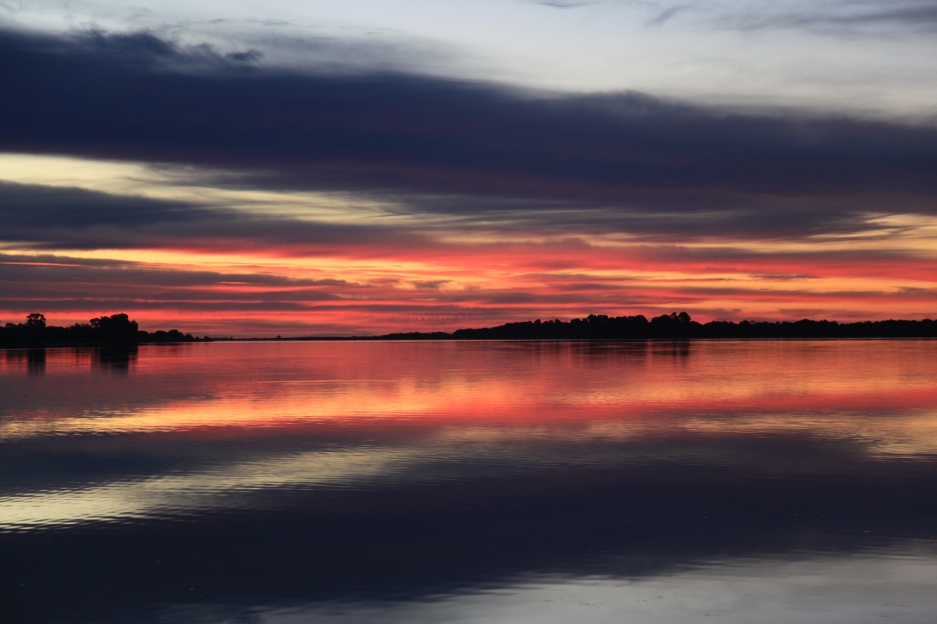 Closer to home. Something I loved about living at Pelican Point, Western Australia, was the water and sky at dawn and dusk. ©Robyn Mundy