May 2017: I have been flying to Spitsbergen since Polar Pioneer, the small ice-strengthened ship I work on, set off on its maiden voyage in the year 2000. It’s a rare reward to look down upon this wild place and gaze across its breadth. And you know it must be good when the pilot manoeuvres the plane so that both sides can gain a clear view. 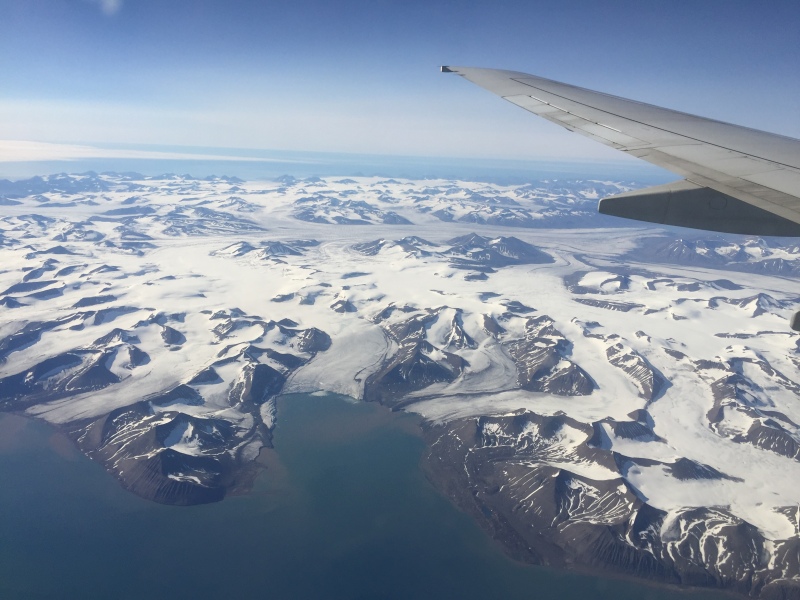 Looking across to Hornsund on the south-west coast of Spitsbergen. ©Robyn Mundy

This icy part of the world earns its title: Svalbard translates to cold coast, Spitsbergen, to pointy mountains. Svalbard is also territory to a large population of polar bear. To encounter this mighty animal roaming across its foraging ground is a heart-pattering thrill of any voyage.

March 2017: In our final weeks at Maatsuyker Island, my partner Gary and I had the pleasure of sharing the island with the Friends of Maatsuyker Island (FOMI), a fun-filled volunteer group who visit Maatsuyker each year for an intensive working bee. Amongst the hard workers was photographer James Stone. On the second morning of FOMI’s stay, I made my way down to the lighthouse at first light to carry out a routine daily check. Rounding the corner I did a double take at the sight of a camera and tripod standing untethered on the path, where it had stood overnight. With the relentless winds at Maatsuyker, snagging a time when you might find your camera and tripod in the same place as you left it is a noteworthy event in itself. But when I saw the results of James’ photography, the aurora shown below, I was the one blown away. I invited James to share the story behind his stellar images. 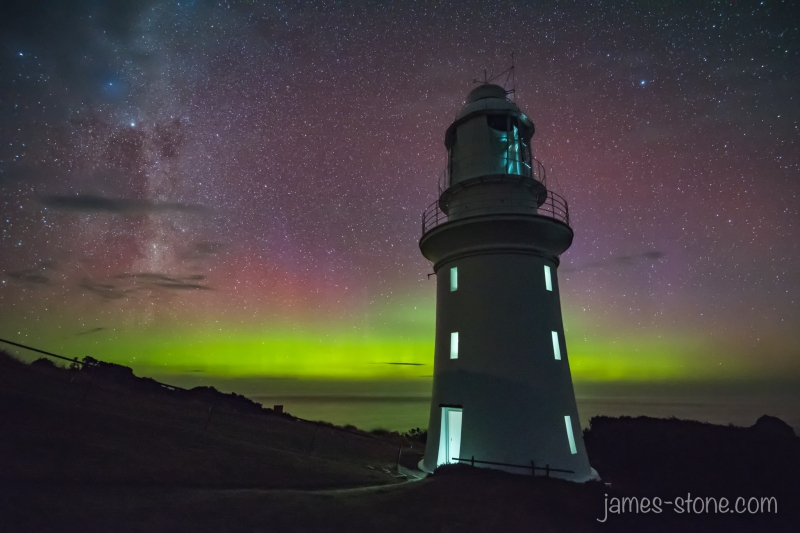 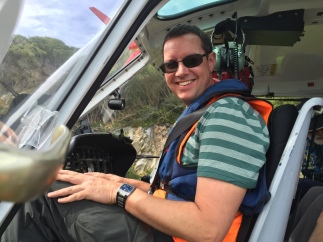 As a night sky photographer and self-confessed aurora-addict I couldn’t believe my luck when an aurora was predicted for my first couple of nights on Maatsuyker Island, Australia’s southernmost lighthouse and maybe the best location from which to view the Aurora Australis or Southern Lights outside of spending a winter in the Antarctic. This was in conjunction with clear skies and no wind – conditions exceedingly rare on this exposed lump of rock in the Southern Ocean, renowned for being amongst the wettest and windiest places in Australia. Despite a very early start to get to Maatsuyker I knew I had to stay up and make the most of this incredible opportunity.

The lighthouse stood as a stoic sentinel as the lights danced high in the sky behind, the peace of night broken only by the cries and bellows of the seals on the rocks far below, and the occasional muttonbird swooping by. Being my first night on the island, and with restoration work going on in the lighthouse, I wasn’t sure if I should venture inside, but chanced sticking my head through the door to shine my headtorch up the stairwell, illuminating the windows and lantern room for effect. I would loved to have posed for a silhouette shot on the upper gantry but didn’t think I had better risk it without permission. Next time…

I watched the display long into the wee hours of the morning, in awe of not only the stunning night sky, but my spectacular good fortune to be able to be there, in that location, under those conditions, a unique and truly memorable experience.

Eventually tiredness overtook me and, placing my tripod in a sheltered spot out of the wind and flightpaths of birds, I left my camera clicking away shooting a time lapse until its battery ran out. Meanwhile I staggered back up the hill to bed. 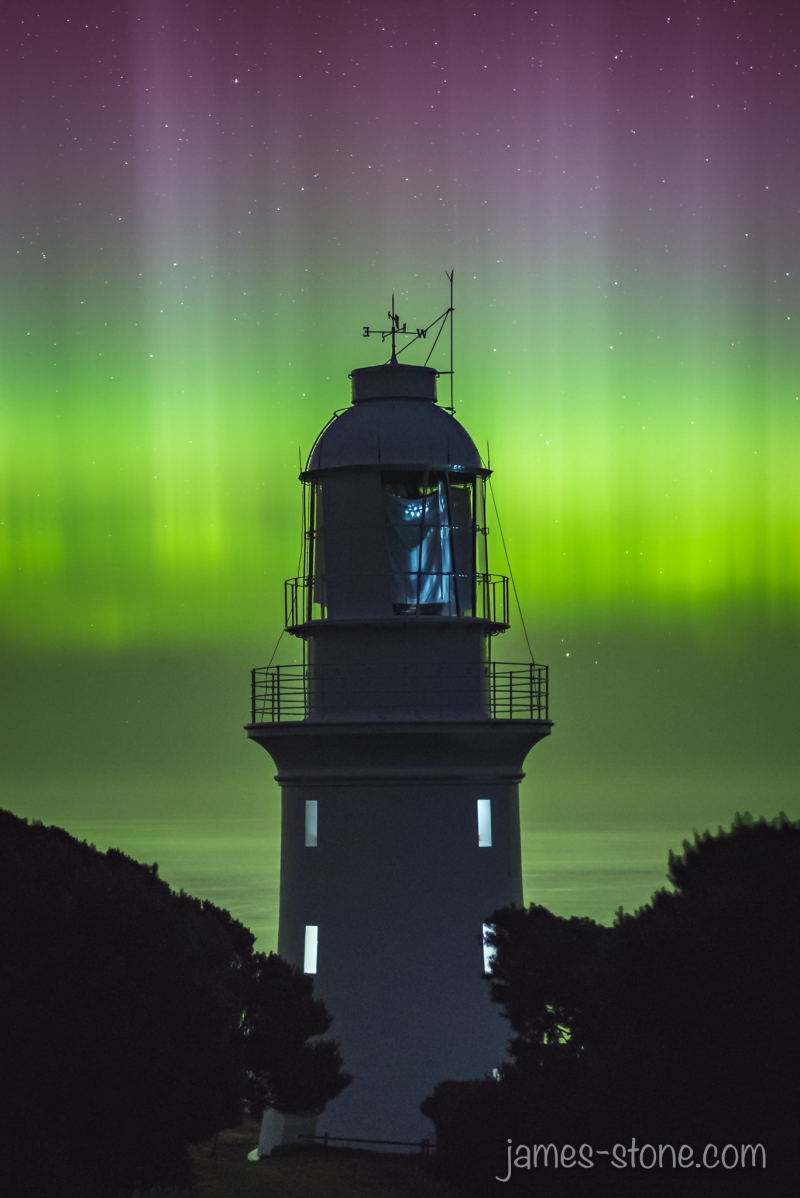 May 2016: On a day of screaming winds and rain squalls right across this island state of Tasmania, I am reminded of this storm-bearing front approaching Maatsuyker Island. Within minutes Maatsuyker was deluged. During the writing of WILDLIGHT I frequently drew upon my island photographs; this one helped build a scene for a destructive storm that would leave its mark on a fleet of fishing boats as well as those on the island. ©Robyn Mundy.

March 2016: Brendan Downer, New Zealand chef and trusty shipmate with whom I have shared many a polar voyage, captured this photo of an Arctic Hare, Lepus arcticus, at Eskimobugt in East Greenland. Isn’t it a beauty! The white coat makes a brilliant splash against the Arctic landscape, and with the help of those big ears, an adult stands at an impressive 60cms tall, weighing in at up to 7kgs. Arctic hares don’t stand still for long. The farther north into the Arctic, the larger the herds: while I’ve only seen a handful at a time, they are known to bound across the tundra in herds of over two hundred, reaching speeds of up to 60 kilometres per hour. Imagine!

February 2016: Sean Lee is a young action and adventure sports photographer based in Perth, Western Australia. With a focus on mountain biking, Sean’s images appear on the covers of national and international publications. This powerful image won the 2015 Pinkbike Photo of the Year Award. 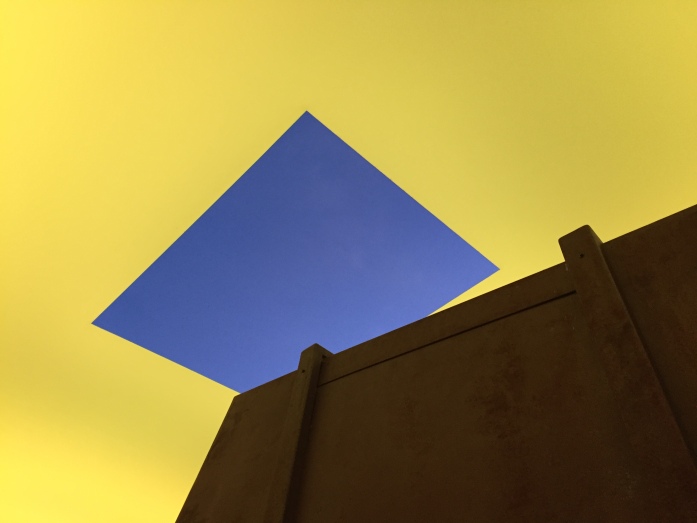