A thousand apologies, Cate Kennedy and George Saunders, for linking the ‘T’ name with your own, forgiven*, I hope, by the ever-handy ellipsis.

In my last interview post with one of Australia’s national treasures, writer Cate Kennedy, (scroll down, scroll down; wait! read this first) Cate mentioned George Saunders’ short story collection Tenth of December as a favourite read. 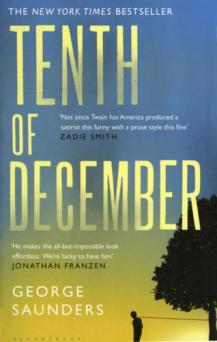 ‘Tenth of December’, the story after which the collection takes its name, was first published in the New Yorker in October, 2011, and is available to read online (legally, I hasten to add) via www.openculture.com

It’s a knock-your-socks-off work. Trust me.

Speaking of Trust Me soothsayers, the infamous Donald Trump recently caught the attention of the aforementioned George Saunders, who also writes as an essayist for the New Yorker. For those flummoxed, intrigued, entertained or rendered aghast by the curious unfolding of the American political stage, Saunders attended a Donald Trump political rally to find out, Who are all these Trump Supporters?

*If not, may the fleas of a thousand camels infest my armpits…